Tribute to the unforgettable music of ABBA 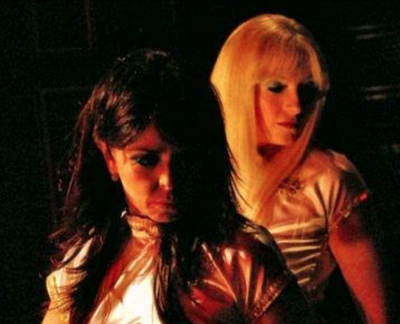 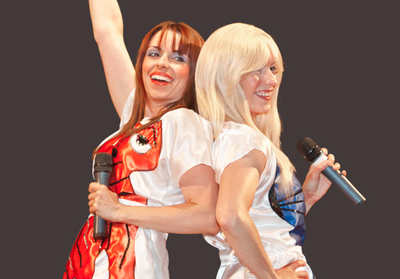 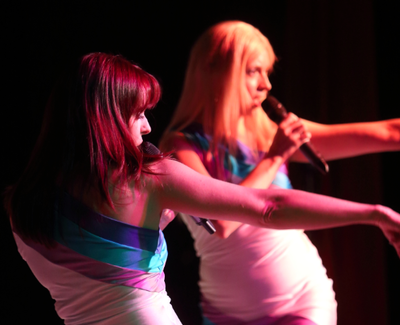 Dionne & Louise, also known as The Passionettes have performed in many venues and theatres across the UK and abroad both as an act in their own right and as backing singers/recording vocalists to many accomplished artists and musicians, including Brian Nash (Frankie Goes to Hollywood); Bernie Marsden (Whitesnake); Albert Lee; Suzi Quatro (Australian tour 2015-2016) and Elvis Presley's very own guitar maestro and legend, James Burton.

In addition they have become well-known on the tribute scene, providing backing vocals for many top Elvis tributes, Roy Orbison, Tom Jones and so forth, and have been guesting on the show 'Rock n Roll Paradise' for several years. Having been asked to help form a couple of Abba tribute bands, they then decided to form their own Abba show titled ‘Knowing D, Knowing Lou’ as Agnetha and Frida from Abba.

Their show can be tailored to any event from doing a full Abba show or, which is proving popular, as a one-hour Abba show followed by a Passionettes dance spot! Using the same philosophy as their Passionette shows, Dionne says, "we love people and we love to entertain! What is the point of going on stage if you are not going to connect with your audience? We work hard on stage to draw the audience into our show. It would be easy to just stand on stage sing a few standard songs and throw in a couple of token dance moves but we wouldn't enjoy that."

The girls do have a terrific on stage chemistry and presence, which Louise puts down to two things, "off stage, we are great friends, and I think this spills over into our stage act (could this be why people are always asking us are we sisters?!). But as well, we do have the advantage of having been theatre trained and I think this gives us a professional edge".